Who Were the Vikings?

The Vikings were a collection of people from Scandinavian regions that migrated and conquered European regions from the eighth to the eleventh century. The Vikings, also called Norse, traveled from their homeland to raid and colonize the British Isles, Iceland, parts of Greenland, the Frankish Empire (France), parts of Italy, as well as other areas in Europe.

The Vikings were referred to by many names. They were sometimes called North Men, Danes, and even heathens. Some parts of Europe referred to the Vikings as ‘Rus,” which means ‘rowers’ or ‘crew of oarsmen.” The tribes in England were the first to refer to the invaders as Vikings.

Historians debate as to why the Norse began leaving Scandinavia and ransacking other regions of Europe. Some historians suggest that Scandinavia could no longer hold a growing population, so the Norse looked for land to settle. Others think that the Vikings wanted wealth, so they decided to take it from others. Perhaps it was a combination of both of these factors. 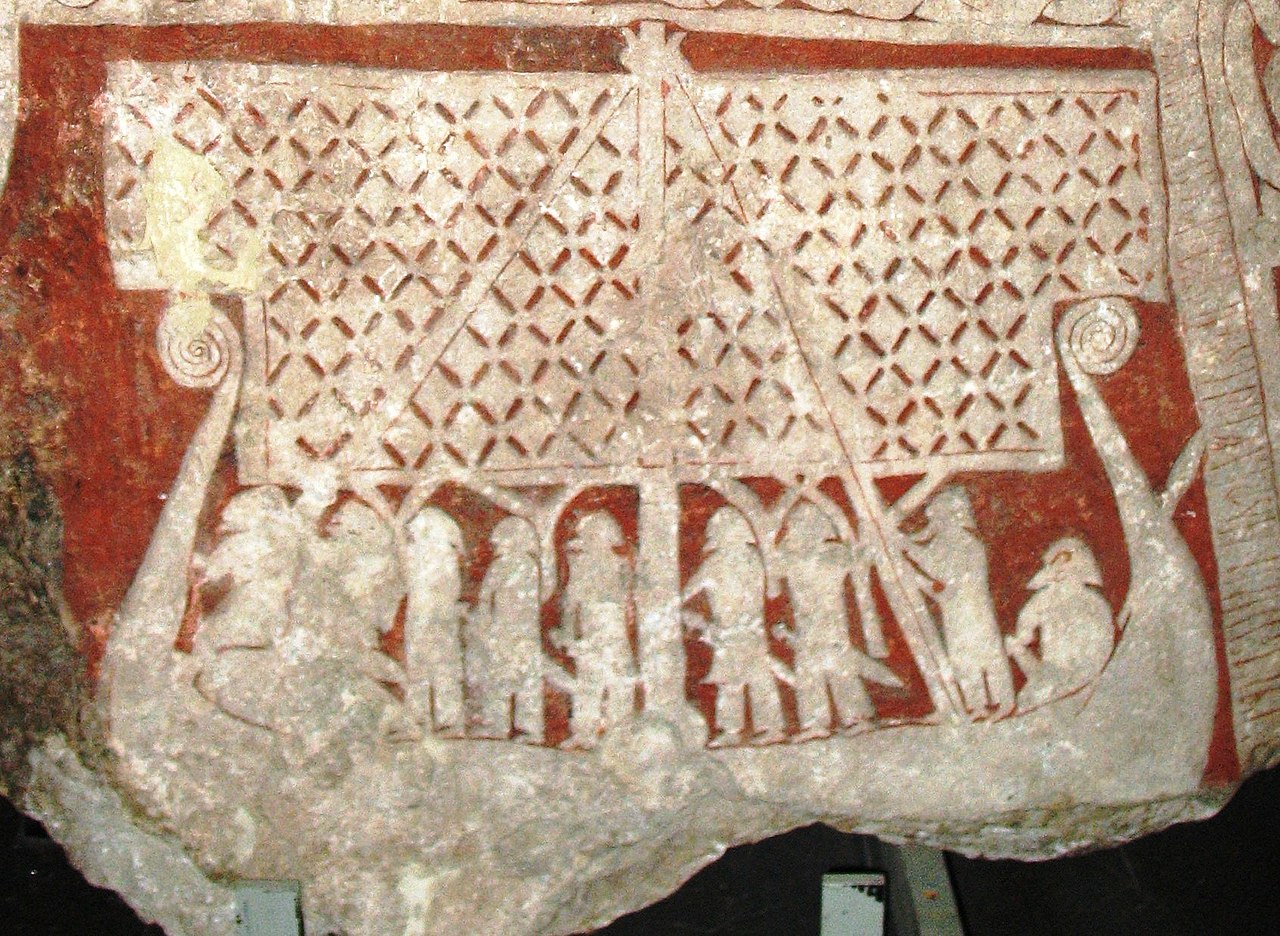 Origins: Where Were They From?

The Vikings were from regions of Scandinavia, such as Sweden, Denmark, and Norway. Many of the Norse settled in the British Isles and what is now known as northern France. The Norse that settled in northern France broke from their brothers and became known as Normans.

Culture: What Was It Like to Be a Viking?

Most people believe that the Vikings were soldiers, raiders, and pillagers. They think the Vikings just sailed around the world in longships and rowed from town to town to burn houses and steal gold. This is not entirely accurate, and this belief exaggerates only one single part of Norse life.

Vikings were farmers, traders, travelers, hunters, trappers, fishers, and artisans. Viking women were skilled weavers and textile makers. Clothes were primarily made of wool, linen, and animal skins. Women would turn wool into yarn or fabrics and then dye them to give them color. When the Norse gained more wealth and power, they began to embellish their clothes.

The majority of Vikings were farmers. They grew grain crops, like barley, rye, or oats. They would make bread from the grain.

They were professional agriculturalists. They raised cattle, sheep, goats, pigs, chickens, and even bred horses. They also were exceptional fishermen and hunted whales as well as fish.

The Norse people lived in simple, rectangular houses. The houses were often made of timber from the area in which they lived. If wood was scarce, then they would use stones to make houses. The Norse did much of their works in these houses, such as weaving cloth, preserving food, or working leather.

The Vikings did have a writing system. Their alphabet had 16 letters, and it did not have the letters E, O, D, G, or P. While they used the sounds while they spoke, their written language simply did not have these letters.

While most of their languages and stories were passed down by mouth, there are few instances of Norse writing. Rather than “writing,” they carved their messages on stone. Most of the runic stones preserve stories of great battles, or the stones marked territorial boundaries.

How Did the Vikings Travel?

The Norse were excellent and talented shipbuilders. The Norse are exceptionally well known for their longboats. These boats could measure up to 37 meters in length. The boats were relatively narrow so that they could sail on the sea or up rivers. This design helped them raid villages by moving up and down waterways.

The Norse have usually depicted rowing boats, and they did rowboats. They built two different kinds of small boats that either had four oars or six oars that men rowed. However, they also could build larger boats that had up to 50 oars that were used to move the ship.

To move on land, the Norse mostly used horses and carts. In the winter, they sometimes used a sled. They also did a lot of walking in the summer

What Was the Norse Religion?

Most of Scandinavia was considered pagan at the time, which means the Vikings came from pagan regions. Slowly, over time, the Vikings adopted the Christian religion. Sometimes they blended their religion with the Christians they encountered while raiding British and French villages.

While historians know very little about how the pagans worshipped, they know that many pagan groups had priests or priestesses. Historians also believe that Vikings may have sacrificed horses to the gods.

Like Christianity, the Vikings religion believed in diving powers and powerful, supernatural beings. Their ideas about the world stem from the mythologies and stories that are passed down. In these stories, the gods raised the land out of the sea and created Midgard, which is where humans live.

We have more information about the Norse gods from stories and mythologies that were passed down ever after the Christian conversion. The most powerful god in Viking mythology is Odin. He had one eye and was the god of warfare, wisdom, justice, death, and poetry.

A famous Nordic god was Thor. This is the same Thor associated with the current superhero films. Thor was the god of thunder and carries a mighty hammer. This hammer was often made into pendants that Vikings wore.

Where Did They Settle?

The Vikings settled in many regions. They first moved from Scandinavia to the British Isles, where they raided British villages. They made settlements in Ireland, Scotland, and England, some parts of Wales, and the Isle of Man.

The Vikings raided and settled across most of the northern hemisphere.

What Happened to the Vikings?

The age of the Vikings ended with the Norman invasion in 1066. However, the power of the Norse dwindled towards the end of the 10th century for several reasons. As time passed, the Norse were integrated into European societies and cultures.

The Norse lacked a strong central leader or government, but the European societies of the time did have strong central figures and leaders. The Norse were good soldiers, but they were not a good army. Other armies had leaders and worked cohesively as a unit. These stronger armies could fend off Viking raids.

Finally, Christianity swept over Europe, including Norse-held lands. The Norse adapted to Christian beliefs, which was solidified by the Norman Conquest in 1066.

More importantly, the Vikings stopped raiding because as times changed, it was no longer profitable or safe to raid across Europe. Instead, the Vikings settled into the lands they first raided and became citizens in developing nations. The Vikings became Norwegians, Swedes, French, British, or Greenlanders.

Other Interesting Facts & Information About The Vikings

Read more about the Anglo-Saxons

Cite this article as: "The Vikings: Facts & Information for Kids," in History for Kids, January 20, 2022, https://historyforkids.org/the-vikings-facts-for-kids/.