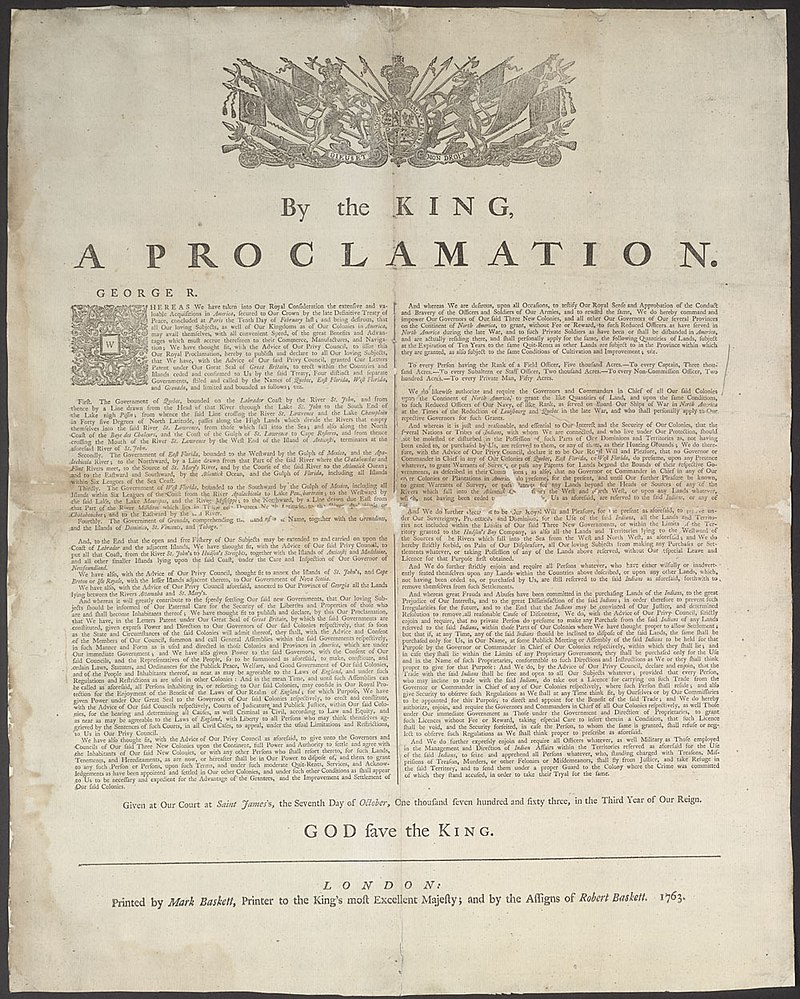 What is the Historical Background and Context?

The Royal Proclamation of 1763

Impact of the Proclamation of 1763 on the Colonial Settlers

Cite this article as: "Proclamation of 1763: Facts & Information for Kids," in History for Kids, February 9, 2023, https://historyforkids.org/proclamation-of-1763-facts-information-for-kids/.