The Early Expansion of Rome in Italy

Ancient Rome began around 400 BC or slightly before this date, when Italy was inhabited by a few different groups of people, who were referred to as the Latin people.

In the northern parts of Italy lived the Etruscans. They were some of the first people in Italy, and they had a relatively advanced civilization. They had stone buildings, temples, and forms of irrigation and drainage.

Along the southern reaches of Italy were settlements and villages settled by the Greeks. In the opposite direction, the Gauls settled themselves in north-west Italy.

In the south-east lived the Samnites who were allied to the northern Etruscans and Gauls. Important to know is the Phoenicians, who established themselves on the coast of Africa in a place called Carthage.

Around 753 BC, the small village of Rome was founded on a hill close to the Tiber River. Rome was initially a farming village near the center of Italy. At the time of its founding, Rome was a province of Etruria, a name that relates to the Etruscan people that first settled and stilled lived in Italy.

The Romans first defeated the Etruscans and Gauls in the north to gain control of northern Italy. They then looked to overtake the south. In the Third Samnite war in the early 3rd century BC, the Romans overcame the strong armies of southern Italy. By 290 BC, Romans defeated the Samnites and controlled Italy.

The Greek settlements in the southern reaches of Italy were threatened by the Roman-controlled remainder of Italy. The Greeks in Italy asked their King, King Pyrrhus of Epirus, to send an army to fight the Roman soldiers. The Greek army won, defending their villages in southern Italy, but the Greeks lost a significant number of soldiers. However, Pyrrhus used the army he had left to take Carthage, a city allied to the Romans at the time.

In 275 BC, the Romans attacked the Greeks again. After fighting, the Romans had complete control of Italy by 272 BC.

Read more about the Roman Empire

The Romans quickly moved to take control over Carthage in what was called the First Punic War. The Romans won the war and signed a treaty to annex Carthage as a Roman province.

After taking Carthage, the Romans looked to continue their conquest into Macedon, Greece, Gaul (which includes parts of modern-day France, Belgium, and Germany), and Germania (the land in northern Europe inhabited by Germanic tribes).

In 218 BC, those in Carthage were still unhappy with the Romans and started the Second Punic War. A Carthage general slowly defeated Roman troops in Spain and northern Italy. However, The Romans won and still placed harsh rules on Carthage. Spain returned to conquering and controlled all of Spain by 133 BC.

In 88 BC, the king of Pontus (the area around Turkey) sent soldiers to begin the conquest of the Romans. The Romans struggled, but in 81 BC they defeated the king’s army and Romans controlled the land from Pontus to Syria.

In the west, Romans controlled all of Gaul (the western half of Europe excluding the British Isles).

In 27 BC, Augustus Caesar was given the title of Emperor of Rome, and Rome truly became an empire.

The Fall of the Roman Empire

Starting in 138, the Roman Empire experienced revolts and threats from outsiders. As a result, Rome was slightly unstable and declined economically. Rulers in the East began to reclaim territory, and Gallic tribes formed in the West started reclaiming their land.

In a great feat of power and control, the Roman emperor Aurelius defeated the invaders in the East and West. Emperor Constantine retained the stability by implementing Christianity as the Roman religion and founded a capital at Byzantium.

A secondary Senate was established to oversee Constantinople, which was previously known as Istanbul. Therefore, Rome had two capitals—Rome and Constantinople. It even created a new currency.

The Roman Empire began to fall in 375 due to instability and attacks in various parts of the large kingdom. The Visigoths, who were a group running from the Huns, came to Europe and began attacking the Romans in Europe.

In 476 AD., Romulus Augustulus was overthrown by a Germanic King. Romulus effectively was the last emperor of Rome, as the Roman Empire was slowly dismantled.

Vandals and Sueves attacked Romans near the Rhine while those in Britain rebelled against Roman control. The Vandals then took Roman-controlled areas of Africa in 430 AD. Slowly, Italy began to lose hold of its empire, starting from its outskirts and moving inward.

The Visigoths slowly defeated Romans across Europe and defeated Rome on the Iberian Peninsula. After a coup in Constantinople, the Persians took over Mesopotamia and controlled it by 610 AD. The Persians continued and took Syria, Palestine, Egypt, and Armenia.

While Rome did recover some of the land lost in the East, the Arab military moved quickly to gain control over Rome. It then saw a long period of losing, gaining, and regaining lands.

Historians mark 472 AD the moment when the Western Roman Empire formally ended. While the Empire continued in the East and retained some power, it was no longer the Roman Empire of antiquity. The period of Ancient Rome was over.

Who Were Some Roman Emperors?

Rome was composed of a small group of very wealthy people and then numerous poor people. The gap between the wealthy and the poor was significant. There was no middle class.

The father was the head of the household, and everyone ranked below him. This means the father owned everything in the house, including the people within it. Women and children were not citizens, neither were slaves.

A woman’s freedom depended on the wealth she had. Wealthier women had more freedom. However, women could have jobs outside of the home: these included dressmaking and cooking.

Before the implementation of Christianity, the Romans drew inspiration from their Greek neighbors. They had different gods, and their gods had statues and temples where Romans offered sacrifices and prayers.

The Romans firmly believed that the gods or spirits directly intervened and interacted in human life. Gods directed fate and intervened in human life, which could be good or bad. Some of this intervention is written about in Roman mythology, which depicts the gods.

The Romans were great architects and had a complex infrastructure. One token depiction of Rome is the Roman baths. These baths were pools of water where men of any class or rank could go to bathe each day.

The baths were heated by the sun, and the heat was captured by the structure of the room surrounding the bath. Other baths had primitive furnaces underneath that kept the water steaming.

Romans were also great builders. They have famous aqueducts and temples that are larger-than-life in scale. The aqueducts channeled water and acted as bridges.

The Romans also enjoyed entertainment. The Circus Maximus was a large oval stadium where games and races could be watched. Chariot races were held here. The races were quick and brutal, and many racers either died or were severely injured.

Another violent form of entertainment was gladiator matches. Men would be sent into a large ring-like theatre covered by dirt or sand. They would fight to the death. Successful gladiators became famous, rich, and many became teachers for future gladiators.

Taking from Greek culture, the Romans are also known for their art and literature. The Romans were exceptionally skilled in sculpture, painting, and mosaics. They often integrated these skills into their architecture and interior decorating.

Many of the busts and sculptures in museums serve as portraits of wealthy or famous Romans of the time. Many of the busts were broken or lost after the fall of the Roman Empire, and time has also damaged many of the statues.

The Romans engaged in literature as well, and they are great contributors to what we consider classic literature. Virgil’s great epic, the Aeneid, tells the story of the hero Aeneas fleeing Troy and founding Rome via his descendants. This story also serves as the mythology of Rome’s foundation, which Romans gladly accepted and told.

Who was Julius Caesar?

Caesar was first a soldier for the Roman legion. After serving in the military, he returned to Rome and became a politician. He later married a granddaughter to the emperor and became friends to prominent figures in the Roman government.

He went back to war and became a war hero with strong backing. After divorcing his wife, he married the daughter of a prominent senator. He had his daughter marry another political figure.

Caesar made his way to Rome to become dictator of the Empire. He established reforms and ignored the opinions of the active Senate. In 44 BC, Caesar was assassinated was stabbed by Marcus Brutus, Gaius Longinus, and Decimus Albinus. He was killed in front of the statue of Pompey. 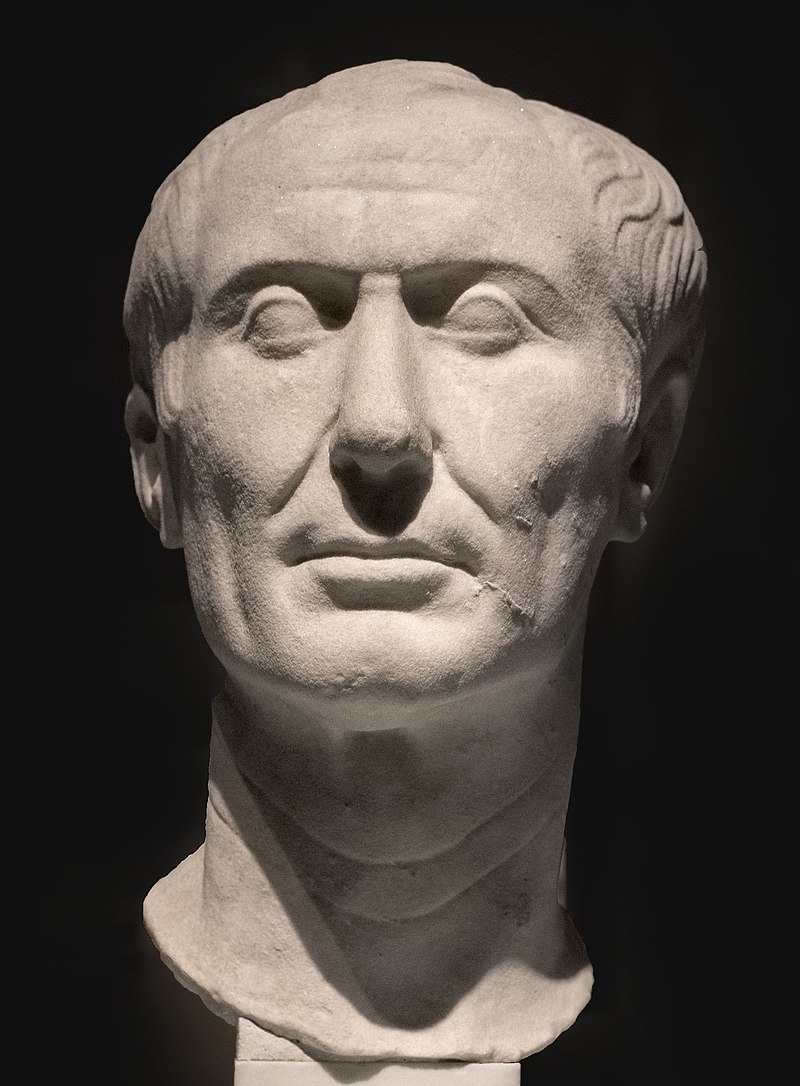 What Happened to Ancient Rome? Why is it in Ruins?

Rome is in ruins due to several factors. The first is that some Roman buildings were destroyed throughout the reign of the Roman Empire. Battles, wars, and invaders may have destroyed the buildings after defeat. However, the buildings could have been damaged or destroyed indirectly as a result of the fighting.

Additionally, as populations moved, and the needs of the Romans changed, buildings were abandoned. Some of these buildings were under construction when abandoned, or some of them simply were no longer used, so they started to decay and crumble.

Some of the buildings were not repaired, either because they were no longer used or because money and resources were spent elsewhere in the empire. Further, some of the materials used for buildings no longer used were taken and repurposed to construct new buildings that would be used.

Other Interesting Facts About Ancient Rome & The Romans

Cite this article as: "Ancient Rome and The Romans: Facts & Information for Kids," in History for Kids, February 9, 2023, https://historyforkids.org/ancient-rome-the-romans-facts-information-for-kids/.