What was the American Revolution?

The American colonies were tired of the British ruling over them. The British monarchy passed laws and enforced severe taxes on its colonies. They had no idea the people who lived in these 13 colonies had other things in mind rather than just obeying a king who lived so far away and whom they hadn’t even met.

Members of the colonies enjoyed a very independent life. When George III, King of Great Britain, decided he wanted more control over his overseas colonies, the Americans began resisting.

King George III thought the colonies owed him a lot of taxes. The American colonists disagreed: if they were paying extra money to the Crown, at least they could have a voice in the British Parliament.

Americans asked for the right to decide how to make the laws that ruled them. But the King did not grant the colonies representation in the government, so their relationship got really tense.

Let us take a closer look at the events that led to the war. 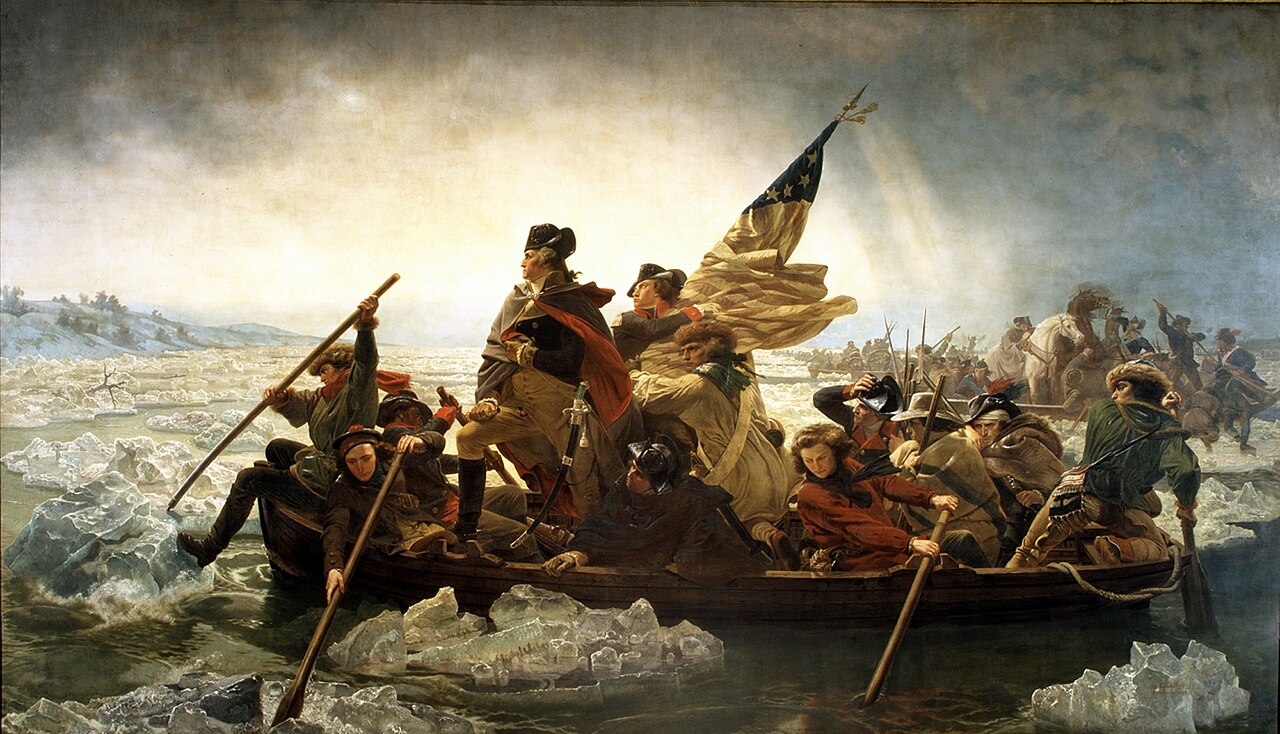 Why did the American Revolution begin?

The war did not start from one day to the other. For over 10 years, the American colonies were resentful of the British rule over them.

You see, the British said they were spending a lot of money fighting wars around the world to make the empire larger. The British aristocrats argued that they fought for the sake of the colonies.

The colonists did not see it that way. They were asked to pay a lot of taxes on things they really needed to buy.

Let’s look at one of many examples: the Stamp Act. Can you imagine the government raising the price of paper? That is exactly what happened.

In 1765, a new law that raised taxes on any official paper was passed. So playing cards, newspapers, calendars, school certificates, and any legal document became much more expensive from one day to the next.

People in Virginia and the colonies felt robbed. Here was a government reaching its hand all the way across the Atlantic Ocean to empty their pockets to take their money away!

Writers, printers, and government officials were incredibly angry. Some even wrote songs and slogans against the British.

Poor George Mercer was the man supposed to collect that tax. Mobs attacked him in the streets. Some people even burnt figures of him made of straw as an act of defiance.

Even teapots were protesting against these taxes. Benjamin Franklin and other authors raised their voices with the slogan: “No taxation without representation!”

(In all honesty, the Stamp Act was a complete failure. It got the American colonists very angry. Not a lot of money was raised.)

Two years later, in 1767, the Townshend Acts were passed. More taxes for the Americans? Yes!

Not very happy with the results from the Stamp Act, the British government decided the colonists had to pay higher taxes on more everyday use articles. Here we are talking about paper (again), glass, paint, lead, and tea.

John Dickinson, a farmer from Pennsylvania, had had enough. He started writing his ideas to share with other people who didn’t want to pay more taxes to the British. “My dear countrymen, rouse yourselves, and behold the ruin hanging over your heads,” wrote John.

His words made sense to many Americans. They were furious against the Redcoats (as they called the British soldiers who wore red jackets in their uniforms).

Redcoats had permission to live in the houses of Bostonians. Can you imagine emptying your room so a British soldier could use your own cozy bed to sleep?

People in Boston were fed up with the Redcoats. One day a boy insulted an English officer. A British soldier hit the boy. The boy ran to his family and came back with a mob of angry people.

They attacked the Redcoats with snowballs and rocks. The soldiers opened fired and killed five American colonists. Six more were badly injured. This is known today as the Boston Massacre. The situation was indeed tense.

On a cold day of December in 1773, things really heated up against the British. This event is known as the Boston Tea Party (yet nobody had fun at that party!).

Some colonists, tired of having to pay high taxes to the King and having no representation in the British Isles, went to Griffin’s Wharf in Boston. They boarded the English boats and dumped 342 chests full of delicious black tea brought all the way from India.

The Atlantic Ocean waters became black until the tea sunk down, but the act that began the war had taken place. Britain was supposed to earn a lot of money from the sale of that tea.

Now, there was nothing left to sell. Those chests could have brewed more than 18,523,000 cups of tea (worth more than a million dollars today)! This was an open act of defiance against the British monarch.

Today we call this event the Boston Tea Party. Of course, there was no party. Nobody had fun. Boston had to close its harbors. No ship was allowed to come in until they paid for the dumping of the tea.

The colonies decided to show their support to Boston. They gathered representatives in the First Continental Congress in the fall of 1774.

The Congress wrote a complaint to King George III, trying to look for a solution to the very harsh treatment the British were giving their American colonies. The document was called the Olive Branch Petition because the symbol of peace is a dove that carries an olive branch. This was a very good option to end the crisis. Nevertheless, the King didn’t answer the petition and this set the war in motion.

Now the war was about to begin.

A series of bloody events

Wars are made of battles, where enemy armies fight against each other. The first battle to be fought in the American Revolution began while the sun rose on the morning of April 19, 1775.

On April 18, there was news of the Redcoats. They wanted to attack Concord, Massachusetts, to destroy the rebel guns which were kept there in storage.

Paul Revere, a silversmith, was sent at midnight to Lexington to warn Samuel Adams and John Hancock, their leaders, of the attack. Revere arrived shouting, and everybody woke up.

Lexington’s church bells were rung to announce the approach of Redcoats. The American patriots were ready to fight back.

The first bullet to get fired that spring morning was called “the shot heard round the world”. It was a very significant shot, since it began the first independence war in the modern world. (Alas, we have no idea where the bullet ended!)

The Battle of Lexington killed eight American colonists. Then the British troops made their way to Concord.

Paul Revere was held prisoner for some hours. When freed, since he no longer had a horse, Revere ran back as fast as he could to be present in the second battle of the revolution, the Battle of Concord.

Later on, Paul Revere was immortalized in a beautiful poem by the American writer Henry Wadsworth Longfellow. It begins like this:

Listen, my children, and you shall hear
Of the midnight ride of Paul Revere,
On the eighteenth of April, in Seventy-Five:
Hardly a man is now alive
Who remembers that famous day and year.

A war that became international

The war carried on with many long and exhausting battles. George Washington, who would become the first American President, was made head of the rebel army.

The British, on the other hand, paid German soldiers to help them fight the battles. They won New York and Philadelphia. Now the Redcoats had two big cities in their hands.

In 1777, a huge battle took place in Saratoga. The Americans finally won a big battle. The Battle of Saratoga turned the tables in favor of the Patriots.

When the British lost, their captain gave up 42 cannons, more than 7,000 guns, all his supplies, and almost 6,000 soldiers. The American Patriots celebrated. They pardoned the lives of the British soldiers and agreed they should go home to England and never fight them again.

(Unfortunately for the soldiers, this agreement later changed. The British soldiers ended up in prisons waiting for the war to end.)

Soon, France and Spain sent troops to help the rebels. Have you ever heard of the saying: “The enemy of my enemy is my friend”? They knew that helping the Americans was a way of debilitating a common enemy: Great Britain.

American women played a significant role during the war. They raised money, worked for the military camps, and took care of the wounded soldiers.

Today we know some women (like Margaret Kemble Gage) were very brave spies that took information from the English to the rebels. One woman named Mary Ludwik Hays fought as an American soldier because her husband was wounded. Another girl named Deborah Sampson dressed as a man to join the army.

By 1779, the war shifted towards the south. Americans were getting better at fighting. England had to fight other international fronts in India and Gibraltar. The British were not so concerned with their American colonies anymore.

The Battle of Yorktown (won by the Americans) was the last major battle to be fought between the British and the Patriots. A peace treaty was finally signed in 1783.

The treaty was signed in Paris because the enemies needed a neutral place to do that. Here, King George III accepted his American colonies were now independent.

A little bit later, 35 states would join in this project to conform to the newest country on the planet. The United States was born as a democracy, the first one of the modern world. It set an example for many other countries to follow.

The making of a new country

The Americans had already signed their Declaration of Independence on July 4, 1776. This is the day the United States celebrates its birthday as a nation.

The United States was born under very revolutionary ideas. The first one was that everybody is created equal, so everybody has the same rights. These rights include liberty, freedom of speech, and of religion. Even today, these rights are a model for a happier and better world, don’t you agree?

By 1777, the American Congress, now fully formed, adopted the Articles of Confederation. In this document, they recognized their new government as one who would unite the colonies into states. Now they confirmed a new country.

Curious facts about the American Revolution

Cite this article as: "American Revolution: Facts & Information for Kids," in History for Kids, February 8, 2023, https://historyforkids.org/american-revolution-facts-information-for-kids/.